ALL items qualify for FREE Ground shipping to USA & Canada.    50% discount on items shipped 1 or 2  Day OR International.
Certificate of Authenticity included with all Original paintings. 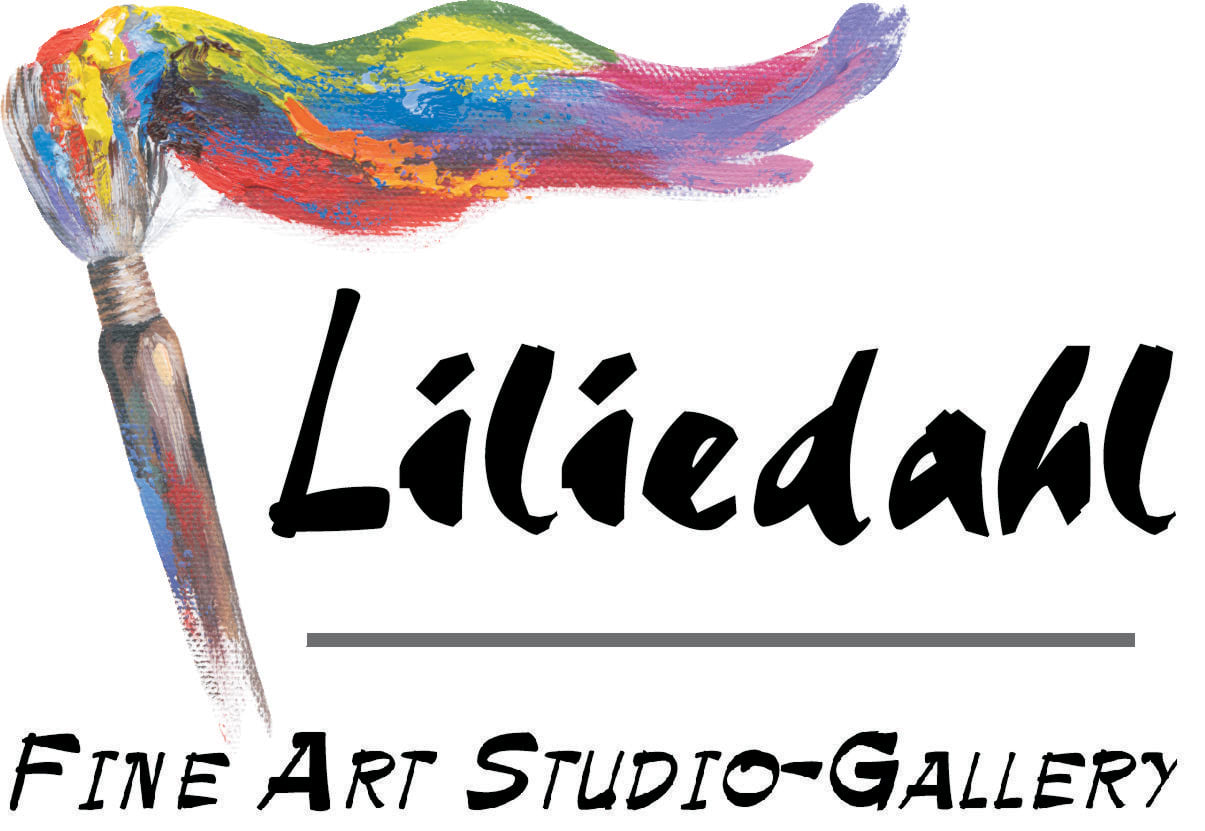 Your shopping cart is empty.

Your shopping cart is empty.

An oil painter greatly influenced by the 18th and 19th century Realists, Liliedahl brings an old world, multilayered look to her paintings. She was a full-time painter and enthusiastic teacher, who conducted an annual schedule of workshops for art groups in the United States, Canada, and Europe prior to her death from cancer in 2009.

She had a Bachelor of Arts degree in Economics from the University of Tulsa and did post-graduate work in painting and drawing at Louisiana State University, but she credited much of her knowledge and skills to working artists with whom she studied in workshops such as those she taught in her own studio.

In 1980, Liliedahl opened her first atelier and devoted most of her non-creative time to teaching others how to paint. She closed the studio when she moved to the Middle East in 1985, where she painted and taught in the ex-patriot community. She participated in art shows sponsored by the Saudi Royal Family, who are among her collectors. This was also a time of intense self-study, where Liliedahl visited many of the museums in Europe and concentrated on learning the painting techniques of 19th century French and British master painters.

In 1999, her husband formally joined her as a full-time business partner and they opened the Liliedahl Fine Art Studio and Gallery in La Porte, TX, where Johnnie conducted an annual School of Classical Oil Painting, a series of six 5-day to 10-day workshops that included Color Theory, Landscape, Still Life, Portrait, and Old Master Venetian and Flemish technique workshops, among others.

She and her husband Ralph also owned Liliedahl Video Productions, which not only filmed and marketed Liliedahl’s videos, but also those of many of the most famous of today’s contemporary realist oil painters. The atelier and video business consumed much of Liliedahl’s time during the 1980’s and 1990’s, and she began to enter art competitions in 2003 to further her own career as a painter, aside from her other careers as art teacher and video producer. 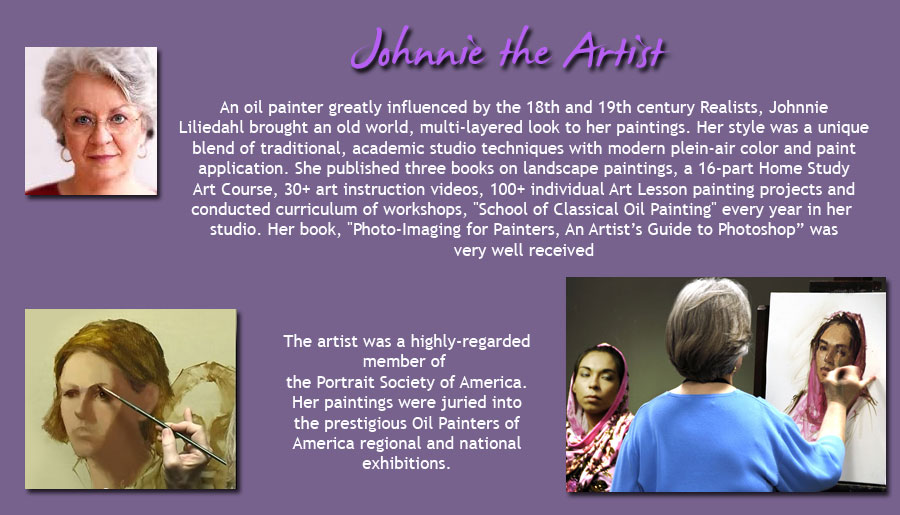 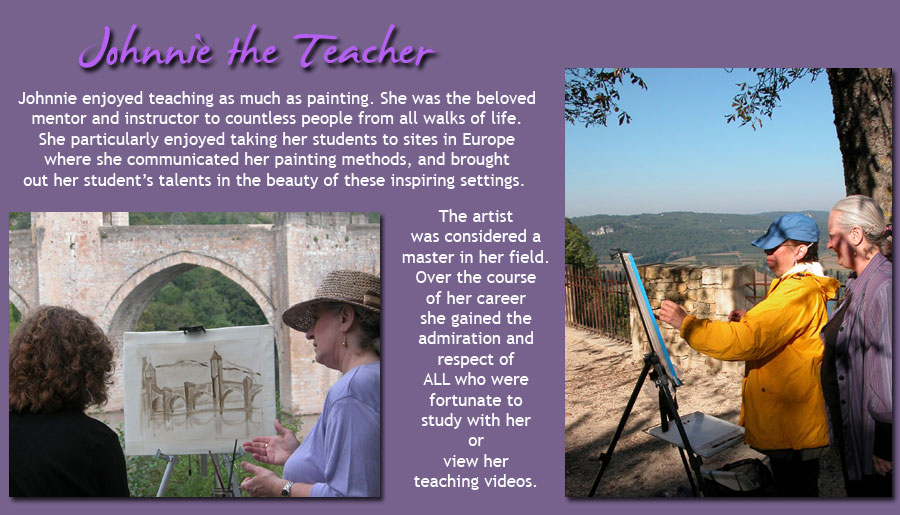 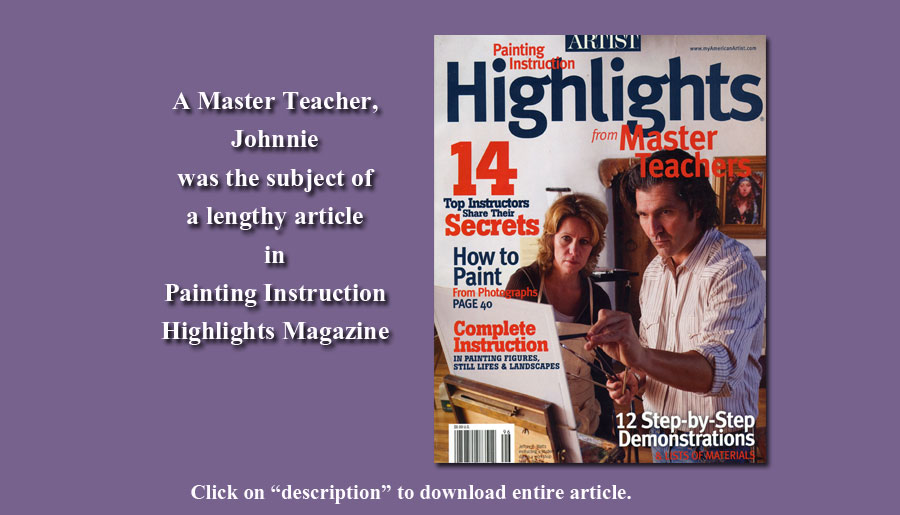 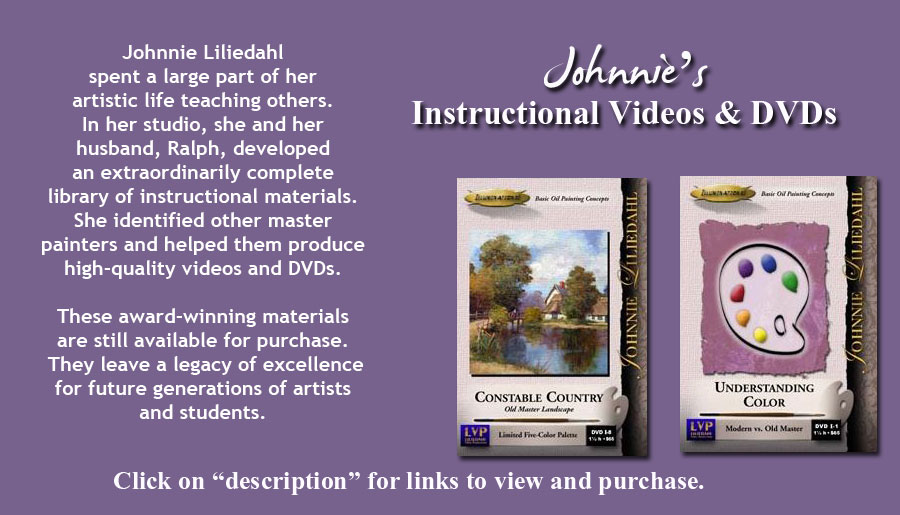 This presence of this badge signifies that this business has officially registered with the Art Storefronts Organization and has an established track record of selling art.

It also means that buyers can trust that they are buying from a legitimate business. Art sellers that conduct fraudulent activity or that receive numerous complaints from buyers will have this badge revoked. If you would like to file a complaint about this seller, please do so here.

The Art Storefronts Organization has verified that this business has provided a returns & exchanges policy for all art purchases.

WARNING: This merchant has removed information about their returns and exchanges policy. Please verify with them directly.

This website provides a secure checkout with SSL encryption.

The Art Storefronts Organization has verified that this Art Seller has published information about the archival materials used to create their products in an effort to provide transparency to buyers.

WARNING: This merchant has removed information about what materials they are using in the production of their products. Please verify with them directly.

This is only visible to you because you are logged in and are authorized to manage this website. This message is not visible to other website visitors.

The above preview shows how to use the live preview on this website. The image displayed is just an example, and is not available for sale.

This means you can use the camera on your phone or tablet and superimpose any piece of art onto a wall inside of your home or business.

To use this feature, Just look for the "Live Preview AR" button when viewing any piece of art on this website!

Below, select which favorite lists you would like to save this product into.

If you have any questions or concerns, please send us a message.  We'll happily reply as soon as possible.  Thanks, Liliedahl Art

Enter your email below and we'll email you a 20% OFF Coupon right now!

This offer is valid for NEW CUSTOMERS only!

<p> Cookies are important to the proper functioning of a site. To improve your experience, we use cookies to enable shopping cart functionality, to remember log-in details and provide a secure log-in, to collect statistics to optimize site functionality, and deliver content tailored to your interests. Click "Accept" to accept cookies and go directly to the site, or click on "Learn More" to learn more about our Privacy Policy before accepting. </p>

If you change your mind, click here to modify your decision